Home » Blog » How to successfully pitch a blog owner 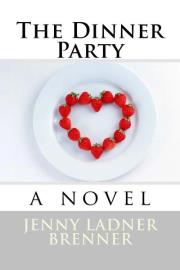 How to successfully pitch a blog owner 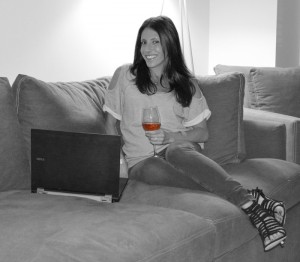 Indie author Jenny Ladner Brenner emailed me a few weeks back, saying she had sold a couple of thousand copies of her book, The Dinner Party, since June “with limited marketing and networking”. She also asked if she could guest post or be interviewed on the site. I don’t typically accept unsolicited guestposts on here or do reviews, but I was interested in how she had spread the word about her book. Here’s what she had to say:

“I threw all shame to the wind and contacted websites, businesses, and blogs that target my same audience. I pitched my book for giveaways, asked for reviews/spotlights, and even requested ad space. Many were receptive–one site in particular featured a spread on me and my novel, and had me star in a photoshoot to boot.”

Obviously, by taking the initiative to pitch me, Jenny proves herself to be proactive in contacting bloggers and site owners and it’s paying off for her. She says she did limited marketing, but connecting with site owners and pitching to businesses and blogs is FABULOUS marketing! Not only is she pitching these sites, but she is delivering with genuinely entertaining guest posts that speak exactly to her ideal reader.

I read this post and it did what it was supposed to do – it made me want to read her book. I could see that she can write well and has a snarky sense of humor (right up my street!). Plus, she delivered the post within a few days, with a photo attached, which meant minimum effort on my part to whip up the post on the Ladies Who Critique blog. She delivered entertainment AND value in her post. She didn’t go over the word count I had given her.

I’ve been sent too many bad, boring, guest posts that were formatted terribly and riddled with typos. Jenny’s pitch and post was, for want of a better cliche, a breath of fresh air.

I wanted to showcase her as an “indie author doing it right”. She’s proactively pitching to the right audience, and she’s spreading the word about her book that way. Today she is guest posting on my other site, Ladies Who Critique about how to deal with negative reviews. Here’s a short excerpt from her fun post.

Shortly after I self-published my debut novel, The Dinner Party, I began to revel in the good reviews. Hilarious! Witty!  Fabulous!  See, you short-sighted agents? I was right about myself and my oeuvre all along! And just as I started to experience the buoyancy of a sugar-addict presented with a fresh box of French macarons, the wicked worldwide web reduced my book to one-star ratings, ranting and raving. Boring? No one had ever slapped me with that adjective before, at least not so publicly. A waste of time? Gosh, I guess we can’t all be Honey Boo Boo.

A few weeks ago, I engaged in fifty shades of masochism and decided to Google myself ad nauseum. Not only did I feel like a narcissist, but it was an exercise in reminding myself just how far I’d gone to expose and embarrass my ego. Self-publish for all the world to see and judge? What was I thinking?  I closed my laptop, trying to control flashbacks of being stuck on a ski-lift, suspended mid-mountain, unsure if one mighty gust would render me unhinged. Then, while self-soothing with some banana frozen yogurt (I didn’t have any European delicacies on hand), and cursing the aftertaste of Aspartame lingering on my tongue, I had an epiphany: everyone’s a critic. About everything. Perhaps The Dinner Party is just one more thing for people to “yelp” about.

You can read the rest of the post here>>>

Jenny Ladner Brenner is the author of The Dinner Party. You can find it on Amazon here.